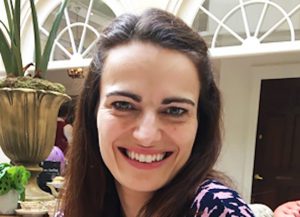 She will also be responsible for commercially and strategically supporting a number of other Banijay UK scripted labels, including Douglas Road, Shiny Button and Blacklight Television.

Brown will report to Banijay UK CEO, Lucinda Hicks, and begin her new role at Tiger Aspect, which is behind shows including the The Good Karma Hospital for ITV and Peaky Blinders for BBC One, in autumn.

Serving as director of legal & business affairs at UKTV for the past four years, Brown has worked closely with the board to help develop UKTV content, set strategy and negotiate third-party funding deals.

“It wasn’t just Tiger Aspect’s reputation, expertise and content that attracted me to this role, but also the people and culture,” commented Brown. “This is a fantastic opportunity to be part of Tiger’s new direction and I am really excited to work with everyone there.”