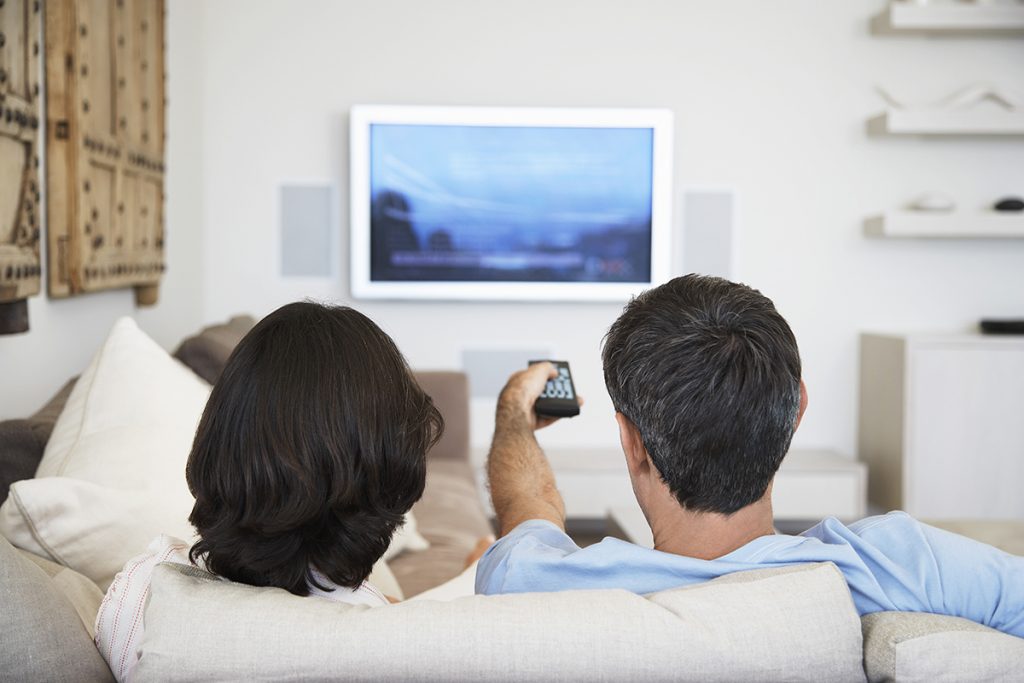 The number of pay-TV subscriptions (cable, digital, terrestrial, IPTV and satellite) in Asia & Oceania has essentially stagnated, with 673 million in 2020 compared with 677 million in 2019.

Online video subscriptions continue to rise, however, increasing 22% year-over-year (Y/Y) to 542 million. Despite the rapid rise in the customer base, subscription revenue generated by online video providers is still behind that of pay-TV operators. Pay-TV revenue totalled $51bn in 2020, compared with $14bn for the SVOD market.

The Covid-19 pandemic accelerated the spike in online video growth in 2020 as it increased demand for home viewing. Global and regional online video providers are increasingly localising services and establishing partnerships in the region, and this has intensified competition with local players, a situation that is also stimulating market growth. 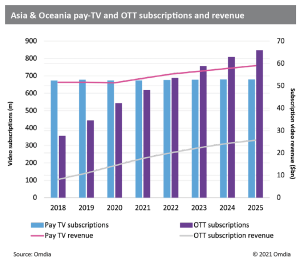 Other factors contributing to online video growth are improved infrastructure, the proliferation of connected devices, and affordable mobile and broadband service plans.

The traditional TV segment continues to struggle with cord-cutting, but pay-TV operators are fighting back with their own OTT video distribution strategies, either by partnering with established players or by launching their own online video services.

The Asia & Oceania video subscription market has significant growth potential because of a vast population and developing infrastructure. Major challenges also exist in the region, particularly with piracy, which continues to plague many Asia & Oceania markets as authorities struggle to combat the impact of set-top boxes (STBs) offering illegal access to copyrighted content.

Online video subscription numbers are expected to grow from 531 million in 2020 to 832 million in 2025 at a CAGR of 9.4%. However, total pay-TV subscriptions will remain stagnant throughout the forecast period.

Cable is the dominant pay-TV platform in Asia & Oceania, but is declining in importance as IPTV subscription numbers rise.

For example, in Singapore, StarHub closed its cable TV service and transferred all of its subscriptions to IPTV in mid-2019. In New Zealand, Vodafone TV ceased its cable operation in July 2021, encouraging subscribers to use its online video options.

These developments, along with other signs such as Disney’s closure of traditional TV channels in favour of its Disney+ service, are indicators of a gradual worldwide movement toward a streaming-first business.

The excerpt above is taken from Omdia’s Pay-TV & Online Video Report – Asia & Oceania 2021. To read more, click here. Jun Wen Woo is senior analyst for media & entertainment at Omdia, which like TBI is part of Informa.