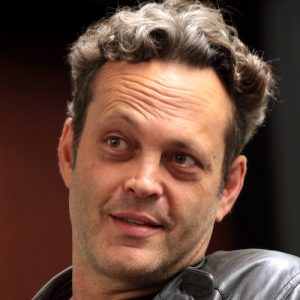 Apple TV+ has made a series order for Bad Monkey, a 10-episode drama from writer and executive producer Bill Lawrence (Ted Lasso) that will star Vince Vaughn (Freaky).

The show, which will be exec produced by Vaughn, tells the story of a one-time detective demoted to restaurant inspector in Southern Florida who digs into a new case after a severed arm is found by a tourist.

The show is from Warner Bros. Television, where Lawrence is under an overall deal, and is based on Carl Hiaasen’s 2013 novel of the same name.

The series, which stars Erin and Ben Napier, will spotlight the couple as they bring new life to outdated homes in Laurel, Mississippi, and navigate their busy family life as parents of two.

The show is from US-based RTR Media and will also be available on Discovery+, which has also extended Home Town: Ben’s Workshop. The latter’s new 10 episode season is only available via the streamer.

Channel 4 in the UK has commissioned Voltage TV to produce a three-part documentary series, Bin Laden: The Inside Story.

The show will be told by those who lived alongside Bin Laden, including his childhood friends, journalists who interviewed him, mujhadeen who fought alongside him, members of Al Qaeda who once held him in the highest esteem.

The series has been commissioned by Sacha Mirzoeff, C4 factual commissioning editor and head of its Bristol hub. Jenny Ash directs and executive producers are Sanjay Singhal and Jo Abel.