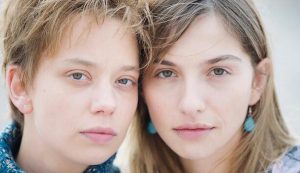 The show, which is sold by France TV Distribution, was written and directed by Murder On A Sunday Morning’s Jean-Xavier de Lestrade and became the first French series to be selected for the Sundance Film Festival in 2019.

It is based on Ivan Jablonka’s 2011 book Laëtitia Ou La Fin Des Hommes (Laetitia Or The End Of Men), which tracks
the true events surrounding the disappearance of 18-year-old Laetitia and the repercussions that follow her twin sister.

It will debut on HBO in the US from 30 August and will also be available to stream on HBO Max.

“Behind Laetitia’s tragic murder, there was an unknown world, an abusive social environment with shattered individual destinies,” said De Lestrade. “This is a true story and it starts with classic police work, an investigation about the disappearance of an 18-year-old girl.

“To me it very quickly became an investigation about the life of that young woman which is much more fascinating and something for which I feel a great deal of responsibility and humility in being able to tell. We have to remember Laetitia, not the way she died, but the way she lived.”