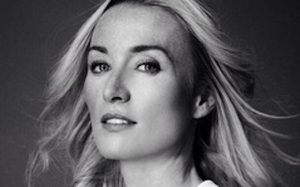 The Dublin-set crime thriller novels comprise Play Dead For Me, The Killer In Me, If Looks Could Kill and the recently released The Murder Box. The books are to be adapted into an original returning TV series with each of the four books representing a single season.

Smurfit, star of ABC’s Once Upon A Time and ITV’s Trial & Retribution, will play Sheehan, who returns to Dublin to head up her murder squad after nearly being killed in the line of duty.

Freedom Films’ producer/director Keith Boak commented: “I am thrilled to be working with Olivia Kiernan and Victoria Smurfit on this ‘Celtic Noir’ crime classic, Smurf and I were completely gripped by Olivia’s uniquely Irish, haunting psychological thrillers.

“We have wanted to work together for some time and were searching for the right vehicle. Along came this fast paced, razor sharp, chilling but also darkly humorous twisting new crime series and Smurf hasn’t stopped talking about it since.”

Smurfit, who will serve as a co-producer on the project, added “It’s true – Olivia has given us this sharp-witted female detective who brings an irresistible Irish banter to a dangerous and unforgiving Dublin landscape.

“DCS Frankie Sheehan is the perfect mix of frailty, ferocity and Irish guts, empowered by a unique deep intuitive connection to serious crime.”