Discovery+ links with OWN on five-series unscripted order 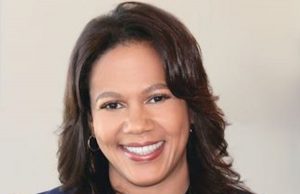 Discovery has announced a new slate of unscripted original programming produced exclusively for the Discovery+ streamer under the OWN: Oprah Winfrey Network banner.

The slate includes five series orders, with OWN and Discovery’s HGTV partnering to co-produce Taking Back The House (working title), which will chronicle Broadway star Robert Hartwell’s room-by-room renovation of an 1820 colonial house he recently purchased.

Hartwell will executive produce alongside HGTV real estate and home renovation stars Drew and Jonathan Scott – aka the Property Brothers – with a premiere set for 2022.

The other commissions include The Great Soul Food Cookoff, a cooking competition that highlights the contribution that black culture has made in US culinary traditions as eight chefs go head-to-head.

Good Egg Entertainment, the company behind Food Network’s Chopped, will produce, with Michael W. Twitty, serving as culinary historian and consultant for the series.

The series is produced by Guy Fieri’s Knuckle Sandwich Productions and Lando Entertainment and will premiere on Discovery+ on 21 August.

Bunim/Murray Productions are working on Like Mother, Like Daughter? (working title), which will follow six mother-daughter pairs who have serious issues between them, as they move into an isolated resort where they will be forced to work on their relationship.

Breaking Black (working title) comes from Tina Knowles-Lawson, Trell Thomas and A. Smith & Co. Productions, and sets out to challenge and debunk the negative stereotypes that have surrounded black men for centuries, by reshaping the narrative and highlighting their authentic stories. P. Frank Williams serves as showrunner.

“OWN has built its loyal audience through programming that connects with viewers very deeply, and it is that intention that drives the programming we are bringing to Discovery+,” said Tina Perry, president, OWN.

“This slate of new series will incorporate OWN’s unique style in genres that include relationship, docu-series, cooking, and the revelatory home renovation series Taking Back The House, which we are producing in an exciting first-time partnership with HGTV, and will appeal to Discovery+ subscribers who are as varied and diverse as the programs themselves.”