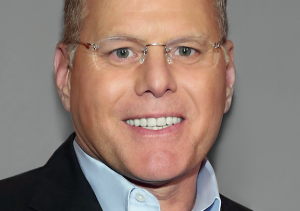 Announcing its Q2 2021 results, Discovery stated that its quarterly revenues increased by 21% to more than $3bn, while the company enjoyed “total next-generation revenue growth” of 130% year-over-year.

The main driver of this ‘next generation’ growth was its Discovery+ direct-to-consumer business, which ended the quarter with 17 million subscribers and was at 18 million users when the company announced its results on 3 August.

The company had previously revealed that almost three-quarter of a billion streaming minutes were recorded by Discovery over the first week of the games, while the games – via its own platforms and sub-licenced deals – had experienced more than 275 million viewers.

Looking ahead for nascent streaming service Discovery+, Discovery International CEO and president JB Perrette said that the company feels “very good about” its international rollout plans, with the streamer scheduled to launch in Brazil, Canada, the Philippines and a number of European markets in Q4, with others planned for 2022.

He said: “We are expecting significantly more growth coming out of those new market launches as we get towards the back half of the year… we obviously will look at making sure we stay smart in the context of when that timing and when that deal might close as to how we maximise the roll out schedule of those services into 2022.”

While Discovery+ is the focus for the company right now, Discovery is also in the midst of a merger with AT&T’s WarnerMedia to create a new proposed company. Warner Bros. Discovery, which will be led by Zaslav.

Zaslav said there was “broad support” for the deal in the US and added that to date there had been no “pushback” from regulators. “This becomes a very strong company for consumers. A more compelling stream of business,” he added.

There has been some speculation that the deal could be blocked by the Biden administration, which has recently stated its intention to strictly enforce antitrust laws – to the extent that talks between ViacomCBS and Comcast have been put on hold.

Zaslav, however, remains confident, and thinks that “there will be more consolidation, more IP libraries sold” in the “next couple of years,” while stating that “we think that this will be the third global streaming service.”

Among the line-up is a second season of Star vs Food, the celebrity cooking show produced by Endemol Shine India in collaboration with Korea Tourism, as well as a local adaptation of US reality format with Say Yes to the Dress India, while landing today is Chandra Talkies’ original docuseries Money Mafia.