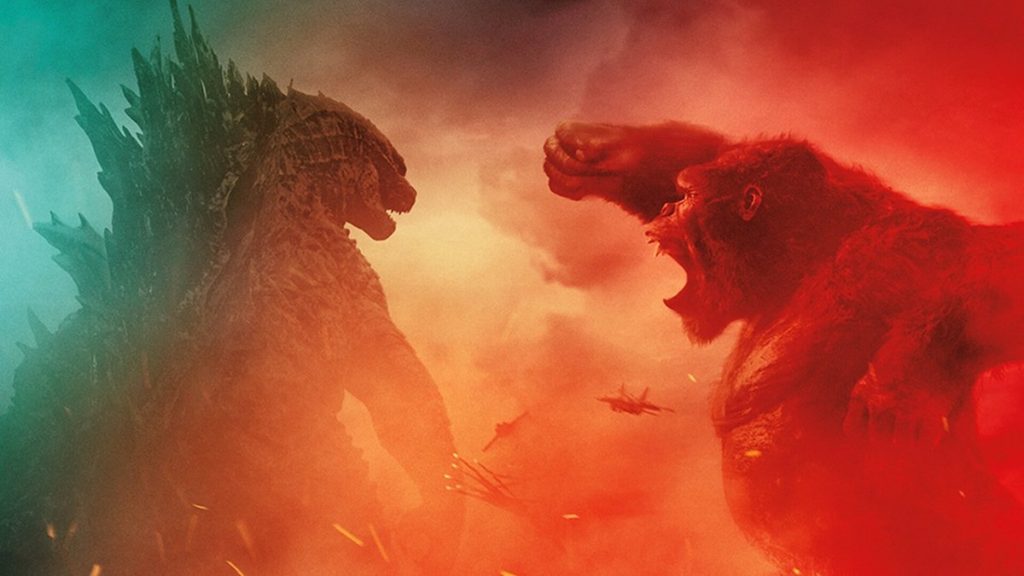 For studios, this has been an opportunity to experiment and at the same time drive subscriptions to D2C channels.

According to Omdia’s analysis of the top 25 titles by box office revenue to mid-June 2021 in North America, titles released on
a day-and-date strategy generated 54% of box office total. This includes titles released simultaneously on D2C SVOD, in the case of Warner, as well as PVOD availability through a premier access fee on Disney+. The total box office grossed by the top 25 titles in this survey equated to $687 million or an average $27.5 million per title.

Day-and-date SVOD was by far the largest category in terms of both number of titles (32%) and box office market share (38%) based on the titles analyzed. Titles included Godzilla vs. Kong and Mortal Kombat. Warner’s strategy is to launch all 2021 titles simultaneously on HBO Max to make financial sense during the pandemic while also driving subscribers to HBO Max. From 2022 onwards, Warner will, however, move to a 30–45-day exclusivity window.

PVOD day-and-date was the second- largest category in terms of box office (16%) from two Disney titles (Raya and Cruella), reflecting the hybrid skew for pandemic solutions. Cruella was the most successful title by box office gross of this model in the data period.

PVOD titles with over 17 days of exclusivity accounted for 15.4% from seven titles, with both Lionsgate and Universal adopting this approach. In May 2020, Universal was the first studio to formally break windows on a longer-term basis, agreeing to a theatrical- to-PVOD deal with AMC and later deals with other exhibitors in North America. 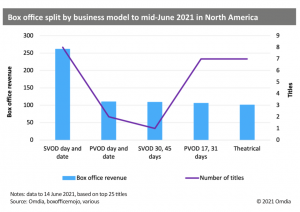 A Quiet Place II was the only title distributed under SVOD 30–45 days and is the highest grossing title to date (not including F9) with a total of $109 million in the data period, highlighting the rationale behind the industry shift to longer windows (30–45 days) once the recovery is more on track. Staggered SVOD accounted for 15% of the surveyed results by box office revenue.

Day-and-date releases are being tolerated as a short-term necessity but are likely to become less favorable as the market recovers. Paramount, Warner, and Disney have all agreed to move to a 30–45 day exclusivity window for some key titles

Charlotte Jones is principal analyst, cinema, at TBI sibling Omdia, which is part of Informa.