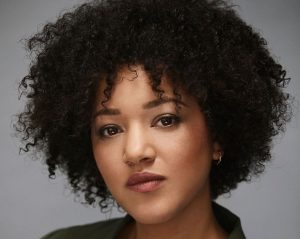 Julien Leroux’s Paper Entertainment has unveiled its first development project with a show based on a French series exploring family, race and identity, with Killing Eve’s Isis Davis attached to write.

Your Eyes is based on the feature film and series Il A Déjà Tes Yeux, which was created by Lucien Jean-Baptiste, Sébastien Mounier and Marie-Françoise Colombani.

The story tracks the lives of a Black Rights activist and her Rastafarian husband, who adopt a white baby before also having biological black twins.

Wanting to shield their children from the realities of systemic racism and the truth behind their own past beliefs and prejudices, the duo raised their children colour-blind in their liberal, multicultural city neighbourhood but must face new prejudices when they are forced to move to a new town.

Aside from Killing Eve, Davis has also written for BBC1 drama Champion and has been an actor in The Secret Garden for Sky Cinema, BBC series Silent Witness and Electric Dreams for Channel 4.

Leroux, who formally launched Paper Entertainment in January after leaving Cineflix last year, said: |”We are thrilled to be working on Your Eyes – a series which addresses essential conversations surrounding the major issue of systemic racism.

“Isis is the absolute perfect voice for the series. She brings her own unique, personal background and life experience to explore the themes of racial identity, belonging, class and location.”

Davis added: “As a mixed-race woman growing up in the 1990’s, I experienced prejudice because my parents were a different race from me.

“Now, I have two beautiful little girls of different races, one brown and one white and that is why this project is so close to my heart. I am delighted to be working with the wonderful team at Paper Entertainment and I am excited to be bringing such a poignant story to the screen.”