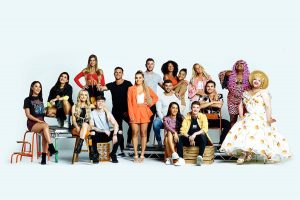 German FTA network ProSieben has commissioned a local version of the MTV original reality format True Love Or True Lies? under the title How Fake Is Your Love?

This will be the first local adaptation of the format since it launched on MTV UK and MTV International in 2018, with the original produced by Lime Pictures.

Set to debut on 7 September, the German version is being produced by ITV Studios Germany and shot on the Spanish island of Mallorca.

The competitive reality dating show sees couples from all walks of life brought together in a luxurious villa to compete for the title of “the perfect couple” and a cash prize. However, some of the residents are fake couples planted at the villa to fool the real couples and cheat their way to the prize money.

The 6 x 25-minute local adaptation is being produced by Warner Bros International Television Production in Spain and will be directed by Rodrigo Sopeña, who is co-writing with Álex Mendíbil.

The cast includes Arturo Valls, Carlos Areces and Pilar Castro, and tells the story of two detectives on a stakeout, along with two officer at the station and a pair of criminals who discuss their personal lives while all waiting for a crime to take place.

No Activity was originally created by Trent O’Donnell and Patrick Brammall and produced by Jungle Entertainment for streaming service Stan in 2015.

Under the terms of the deal, Bomanbridge will gain exclusive distribution rights to more than 500 hours of original Indian content from Epics catalogue, including series such as Raja Rasaoi Aur Anya Kahaniyaan and Regiment Diaries.

The two companies will also explore co-production opportunities and other cross-border storytelling projects.