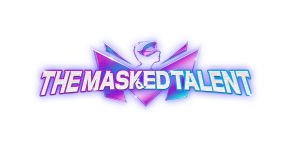 French producer Hervé Hubert has linked up with the South Korean broadcaster behind The Masked Singer to launch a new singing format.

The Masked Talent is a non-celebrity audition show that requires members of the audience to don the extravagant costumes normally worn by celebrities and impress judges, who cannot see who the singers are.

The format will debut on MBC as a two-episode special in September during Korea’s Chuseok holiday period and is being produced by The Masked Singer team.

It has been co-developed by MBC and Hervé Hubert, which produced the first two seasons of The Masked Singer for TF1.

“The purpose of the show is to present the audience with the unique experience to become the masked hero and perform their showmanship,” says Park Jeong-Kyu, MBC’s chief producer. “With prejudice and bias out of the way, the contestants will be judged solely by their genuine voice and talent.”

Jean Hur, director of format sales and international relations at MBC, added: “We hope that the mystery audition format, which MBC is unmasking this September, will energise all families and friends worldwide once again.”

The Masked Talent will be distributed exclusively worldwide by MBC, unlike The Masked Singer. The latter, which has now been licensed into 54 countries, is distributed by the Korean broadcaster’s sales arm, with Fremantle holding sales rights in almost 30 countries across Europe, the Middle East and Africa.

There have also been other spin-offs to the original Masked Singer format, with The Masked Dancer being commissioned for US broadcaster Fox. Fremantle also sells this format in much of EMEA.