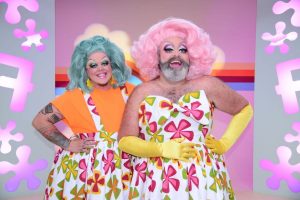 The Fabulous Show With Fay And Fluffy

Produced by Lopii Productions, the new 26 x 11-minute series is aimed at children aged 3-6-years-old and hosted by drag duo Fay Slift (JP Kane) and Fluffy Soufflé (Kaleb Robertson) who – together with puppet friends and special guests, foster a love of reading and encourage kindness and empathy through community, story, song and silliness.

The series is set to premiere on WildBrain Television’s Family Jr in early 2022, with Lopii Production’s Rennata and Georgina Lopez attached as executive producers, and distribution handled by Sinking Ship Entertainment, with financing from the Shaw Rocket Fund. 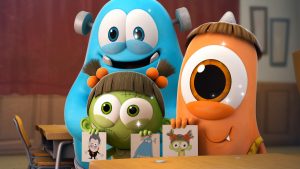 The deal comprises 75 x 2.5-minutes episodes across the three seasons of the show, an 1 x 81-minute feature and 25 x 2.5-minute instalments of Cookie.

The series, which is aimed at 6-11-year-olds, is about the true friendship between humans and monsters who never actually meet. Each night at school, when all the kids are gone and the place is empty, monsters creep out of their hideouts along with unexpected events and happenings.

Dino Ranch’ back for S2

Disney has renewed preschool animation Dino Ranch for a second season for Disney Junior and Disney+ in the US and Latin America.

The 52 x 11-minute sophomore run will debut early next year, with news of the renewal coming shortly after the launch of season one on Disney+, following its debut on CBC in Canada.

The series follows the adventures of the Cassidy family, who are in charge of rounding up, riding and caring for a lively herd of racing, roaring dinosaurs who are also their best friends.