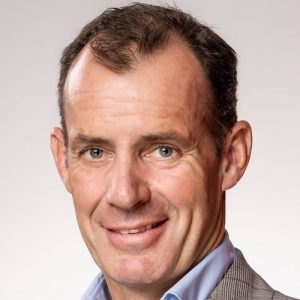 The former CEO of Network Ten in Australia has taken up a new role as CEO of New South Wales-based prodco Byron Studios.

Paul Anderson will work with the company’s founders, Will Gammon and Mark Holden, to expand operations at Byron Studios, which is based in the Northern Rivers region of NSW.

The company operates four studios in the region and has recently been working with Netflix on comedy series God’s Favourite Idiots.

Anderson joined Network Ten in 2003 and was appointed chief financial officer in 2011, before taking on the additional role of chief operating officer in 2014.

He was appointed CEO in 2015 and steered the company through its acquisition by CBS Studios International, which was completed in November 2017 after the broadcaster entered voluntary administration.

Anderson departed the broadcaster in 2020, after ViacomCBS – the product of CBS’s merger with Viacom – introduced a new management structure across its businesses in Australia and New Zealand.

“The landscape has changed quite dramatically in the past 12 to 18 months with the various streaming companies that are evolving all around the globe, so the amount of production globally that’s being undertaken is at an all time high,” Anderson told The Australian Financial Review, which broke the news.

“There’s always been a scarcity of production venues around Australia, full stop. So all of those things add up to this being a good opportunity.”