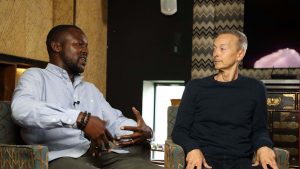 ScreenSkills, the UK’s industry-led skills body, is providing more than £130,000 ($180,000) to a variety of schemes designed to support under-represented groups, including three new initiatives focused on deaf and disabled.

More than 250 people from groups currently under-represented in the screen industries and working in areas of skills shortage are to be supported with mentoring as part of the £130,375 funding from ScreenSkills.

Ten partnerships with screen-related bodies will provide the mentoring opportunities as part of the ScreenSkills Mentoring Programme.

All of the mentors on the programme with Media Trust will be disabled also.

The funding will also support the Bristol-based Wildscreen Emerging Talent programme, which aims to increase diversity in wildlife film and natural history, supporting emerging talent who have missed out on in person opportunities because of Covid, and connecting industry with new talent eager. It will prioritise individuals in roles in skills shortage areas.

In Scotland, the Glasgow Film Theatre New Talent Mentoring Scheme will be aimed at emerging writers, directors and producers across film, HETV and animation from under-represented backgrounds. There will be a particular focus on producers due to a lack of early to mid-level producers in Scotland with consequent impact on opportunities for emerging writers and directors.

Funding to Creative Access, which works with young people from groups under-represented in the creative industries, will support 50 mentees in animation, film, games, TV and VFX over six months.

Other schemes include The Rise – Women In Broadcast mentoring programme, NextGen Prospects v2.0, which will focus on women outside of London and the South East and minority ethnic candidates in games, VFX and animation, and the Navi Games Mentorship Programme, which will target early stage and experienced game industry professionals as part of Game Anglia’s mission to grow the games industry in the East of England.

Jane Saunders, ScreenSkills mentoring programme manager, said: “We know that mentoring can help build confidence and establish networks which provide invaluable support, particularly for many people from groups currently under-represented in the screen industries. It is great to be working with like-minded partners who are committed, as we are, to making mentoring a really useful part of professional career development.”