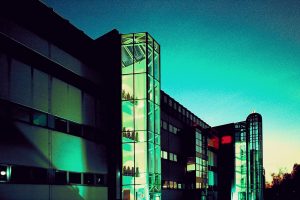 Love Is King (working title) follows 16 singles as they look for a partner as they once did at the beginning of the 19th century.

Millenials have to take part in extravagant balls and deal with limited communication options, as they search for their partner and vie to remain in the show to win a cash prize.

The format has been created by ITV Studios Germany and is being produced exclusively for ProSieben, with ITVS handling international sales.

Hannes Hiller, SVP of development & content strategy entertainment at ProSieben, said the show would follow the “digital natives” as they go on a romantic journey back in time to find their partner, adding that it would be “very fairytale-like.”

Dating formats have surged to new heights of popularity over the past year and earlier this month, NBCUniversal streamer Peacock revealed its latest relationship show which is set in the Regency era.

Pride & Prejudice: An Experiment In Romance is from Endemol Shine North America and will see contestants transported to Regency-style England, where a group of eligible suitors will attempt “to win the heart of the heroine and her court.”