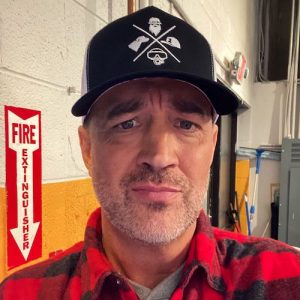 Public School Productions will focus on developing and producing “authentic, first in its space content”, with Half Yard co-developing on some shows and supporting the new firm with production infrastructure.

Doyle is a former VP of production & development and spent 17 years at Discovery, where he worked on shows including Gold Rush and spin-off talk show, The Dirt, as well as brand extensions Gold Rush South America and Gold Rush White Water.

Dirk Hoogstra, CEO of Half Yard, said: “At Half Yard Productions we are always looking for new stories to tell and Christo has an incredible track record of bringing new stories and characters to our screens. We can’t wait to help build Public School Productions into a new storytelling powerhouse.”

“Collaborating with Half Yard means that Public School can hit the ground running and we are excited to start unveiling our upcoming slate of projects in the coming months.”

Half Yard’s slate includes TLC’s Say Yes To The Dress, which is currently in its 19th season, and new shows including Relatively Evil for Investigation Discovery and Dino Hunters for Discovery.