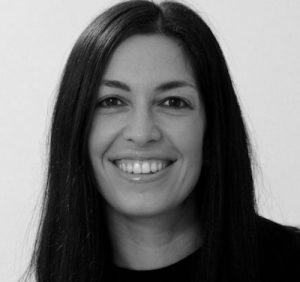 Onza, the Spanish prodco behind shows including Hernán and El Ministerio Del Tiempo, has hired a former Lux Vide exec to oversee its development and co-production activities.

Valentina Pozzoli will lead on international co-productions for the Spanish production company, which was founded in 2014 by José María Irisarri, Gonzalo Sagardía and Nicolás Bergareche.

She will also work across the firm’s development slate and joins Onza following a spell at Italian producer Lux Vide, where she worked on films such as Blanca Como La Nieve and Guerra O Paz.

Pozzoli has also worked in LA with Hero Pictures, where her projects included Vanity, directed by Bobby Garabedian.

She said: “I am passionate about fostering and promoting new and diverse talents, and above all telling relevant stories of social interest – the Onza team [thinks] in the same vein.”

Sagardía, CEO of Onza, added that the appointment would “reinforce” the company’s scripted efforts. He continued: “Onza’s model of co-production with creative talent is having great acceptance among the community of writers in our country and Latin America.

“Valentina’s extensive experience in developing fiction projects and her talent will be of great help to all of our partners in their creative process.”

Onza produced Ministerio Del Tiempo with Globo, while Hernán was in the works with Dopamine.