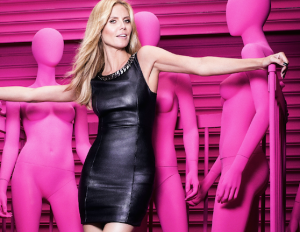 Lionsgate has acquired a 20% stake in US-based Spyglass Media Group in a move that also sees it picking up a first-look TV deal and a library of around 200 feature film titles.

As part of what the two companies are calling a “strategic alliance,” Lionsgate struck a multi-year first-look TV arrangement with the LA prodco, whose major assets include the Project Runway fashion competition series.

Financial terms of the deal have not been revealed but it has been confirmed that Gary Barber will continue to lead Spyglass as its chairman and CEO, with the company’s senior leadership team also remaining in their current roles.

“This agreement continues to grow our valuable portfolio of IP while partnering us with Gary Barber, one of the leading entrepreneurs and content creators in the business,” said Lionsgate CEO Jon Feltheimer.

“It is a win/win deal that creates significant incremental value for both companies while continuing to add to our global content distribution platform at a time when the demand for premium content is greater than ever.”

Other feature film titles acquired by Lionsgate in the deal include The King’s Speech, Paddington, Fruitvale Station and a selection of Quentin Tarantino-directed movies such as Django Unchained, Inglourious Basterds and The Hateful Eight.

“I am grateful for the steadfast support from our strategic investors and am thrilled to align with Jon Feltheimer, Michael Burns and all our partners at Lionsgate as we look forward to expanding our relationship in creating great content and exploring strategic opportunities together in the marketplace,” added Barber.