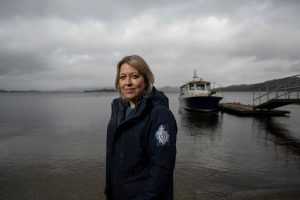 VRT in Belgium, NPO in the Netherlands and TV+ for Turkey and Cyprus have signed pre-sale deals for UK crime drama Annika ahead of its UKTV premiere on the Alibi channel next month.

Co-commissioner PBS Masterpiece is also to air the series in North America, while ABC has also picked up the show for Australia.

These follow deals signed earlier this year with distributor All3Media International by NRK in Norway, DR in Denmark, SVT in Sweden and YLE in Finland.

Produced by Black Camel Pictures for UKTV and co-produced by Masterpiece in association with All3Media International, the series is based on the BBC Radio 4 play Annika Stranded, which stars Nicola Walker as the eponymous Scandinavian detective, a leading light in the murder squad of the Oslo police.

Walker reprises her role as Annika for this TV version, with the character now heading up a new specialist Marine Homicide Unit in Scotland.

Arabella Page-Croft, producer, director and co-founder at Black Camel Pictures, commented: “We are thrilled to see All3Media International garnering so much early interest in the series with such strong broadcast partners involved and on board already.

“We are hugely looking forward to the seeing the international reception and introducing Annika, our wonderful, sharp and very funny detective played so brilliantly by Nicola Walker, to the world.” 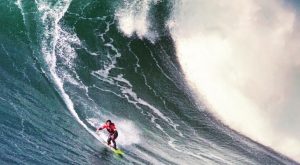 The documentary is due to open the Portuguese Surf Film Festival on 23 July before making its broadcast premiere on 25 July. It is also due to air on Belgium’s DPG Media’s channel some time this month.

“It has never been ‘just’ surfers or ‘just’ film festival audience who respond to Joana Andrade’s story, but rather a global audience who connects so deeply with the human condition they see in the film,” commented Dufton. 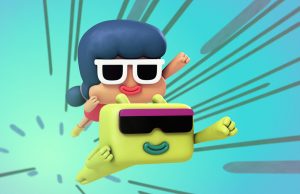 Following the deal, it is expected to air on Boomerang in Australia, South East Asia and Taiwan in Q4 2021.

The series follows the lively adventures of a little girl, the carefree, joyful and occasionally perky Fatou, and a clumsy alien called Roger, on a tropical island.

Lionel Marty, MD at APC Kids, commented: “Roger is such a fun, heart-warming series, that takes animated comedy to a new level with lovable characters and hilarious adventures.”