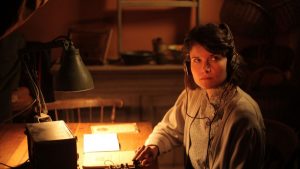 The Spy Who Stole The Atom Bomb

ViuTVsix in Hong Kong has picked up a total of six titles, including Auschwitz Untold: In Colour, produced by Fulwell73 for Channel 4 and History Channel USA; The Spy Who Stole The Atom Bomb from Oxford Digital Media; Building Star Trek from Yap Films for Smithsonian and Discovery Canada, two seasons of History Of Britain’, produced by Blakeway for Channel 5; Volatile from Blink Films for Nova and Channel 4 and Cash In The Spare Room from Friel Kean Films for Discovery UK.

Also in Hong Kong, a further four titles have been sold to RTHK; 10 Mistakes That Sunk The Titanic, produced by Blink Films for Channel 5, Reef Rescue, produced by Merit Motions Pictures, Les Films a Cinq/CAPA PRESSE and ARTE France in association with Canadian Broadcasting Corporation and Vulcan Productionsl Should We Bomb Auschwitz from Oxford Films for BBC2 and WNET and The Good Nazi from Associated Producers for Vision TV.

Reef Rescue and 10 Mistakes That Sunk The Titanic have additionally been picked up by NHK Japan, while Discovery Japan has acquired Trains That Changed the World, produced by Octoberf or Channel 5. 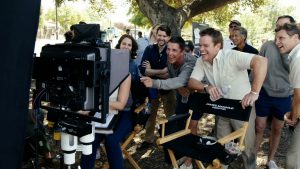 WarnerMedia-owned HBO Europe has signed a package deal for 104 episodes of Hollywood On Set with distributor Prime Entertainment Group.

The series, which goes behind the scenes on the set of Hollywood movies, will air in Eastern and Central European territories across HBO Europe’s group of networks.

Prime’s head of sales Alexandra Marguerite commented: “We are very proud to announce this new deal with HBO Europe. The diversity and quality of our entertainment catalog keep on being chosen by such significant and successful movie networks like HBO and that is a true satisfaction.”