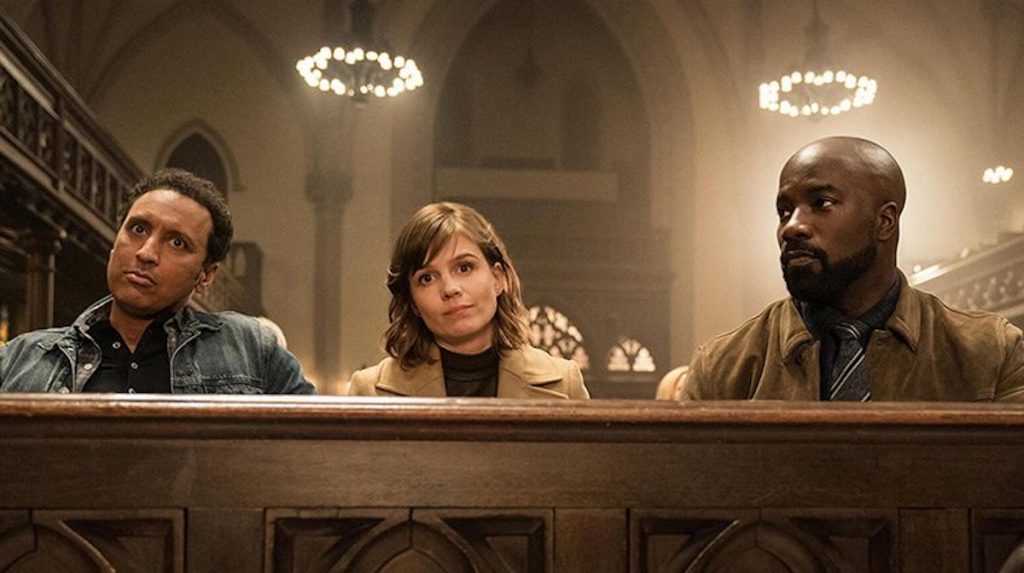 CBS Studios has extended its pact with The Good Wife creators Robert and Michelle King, whose production firm has also been greenlit for a third season of Paramount+ drama Evil.

The deal will hand CBS Studios exclusive rights to produce content from the Kings and their King Size Productions for another five years.

There had been mounting rumours in the US that the duo, who are famed for shows such as The Good Fight and The Good Wife, could sign with a new player amid the soaring demand for proven creative nouse.

However, the new deal ensures the Kings’ tenure with CBS Studios will now run for 17 years. News of the pact came as ViacomCBS-owned streamer Paramount+ confirmed it had ordered a third season of King Size’s show Evil, which had originally aired on CBS.

BBC Studios Productions is working with Directors UK, the professional organisation of screen directors, to deliver training opportunities across its continuing drama productions over the coming year.

The scheme, which launches later in 2021, aims to find and mentor a number of directors from under-represented backgrounds to work across EastEnders, Holby City, Casualty and Doctors.

The mentorship is aimed at directors who already have some experience, whether that be short films, pilots, features or television, and are looking to develop their craft.

The mentees will experience dealing with the challenges of prepping, shooting, and editing in a multicamera environment, and will also be introduced to different aspects of the specific requirements needed to shoot each of BBC Studios’ continuing drama productions.

Deborah Sathe, senior executive producer at BBCS, said: “I’m delighted that EastEnders, Holby, Casualty and Doctors are opening up their doors to provide opportunity to train a new generation of directors on our sets. We know that both the trainee directors and the shows will mutually benefit from the scheme. So many careers have started on the production floors of these shows and we are excited to welcome our next generation of directors.”

Amazon welcomes Arsenal to All Or Nothing

Amazon Prime Video has revealed the latest instalment to its All Or Nothing franchise.

All Or Nothing: Arsenal will offer viewers around the world an inside-look at the 2021/22 season with the Premier League side, including access to their Emirates Stadium and the Arsenal Training Centre.

The show is being produced by UK-based 72 Films and will be executive produced by Mark Raphael, Clare Cameron and John Douglas. It will launch exclusively on Prime Video worldwide in 2022.

“Arsenal is a historic club going through a fascinating period, and we can’t wait to take viewers behind-the-scenes on the journey of this crucial season,” said Dan Grabiner, head of UK originals at Amazon Studios. “All Or Nothing is about intimate access to the passion and commitment behind elite sport, and in Arsenal we have the perfect subject for the next chapter.”

The series follows other shows in the franchise that explored football clubs including Tottenham Hotspur and Manchester City. It also underlines Amazon’s appetite for sports content, with a slate that includes Take Us Home: Leeds United, Inside Borussia Dortmund, When Eagles Dare, Six Dreams, Steven Gerrard’s Make Us Dream and Raphaël Varane, Destin De Champion.