Abandoned Engineering and The Masked Singer UK group Argonon has made a series of appointments at production companies under its umbrella.

Danny O’Brien has been promoted to head of development for Like a Shot Entertainment, which is behind Abandoned Engineering and Mysteries Of The Abandoned.

He has previously produced returning series including Private Lives Of The Monarchs, Shipwreck Secrets and World War Two From Above for Like A Shot. 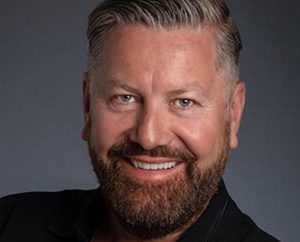 Argonon added that it would be increasing investment in development across the group’s companies, including upping the budget for scripted arm Leopard Pictures as it attempts to create programming for streamers.

On the commercial side, former BBC, ITV and Banijay exec Niall Carmichael-Johns has been appointed as commercial executive for Bandicoot TV, with a remit to grow its operations.

He joins permanently in July and will focus on major brands, including The Masked Singer UK, which the company produces for commercial broadcaster ITV.

Argonon has also created an in-house comms team, to be led by Rich Turner, who has been named global director of communications. Turner was formerly comms lead for ViacomCBS-owned Channel 5 and had previously been working as a consultant for Argonon.

Argonon CEO James Burstall said: “Talent is the lifeblood of our business and today’s announcement marks another milestone in our growth ambitions as we look to generate new programme ideas, exploit commercial opportunities around our brilliant brands and build our international reputation. We’ll be announcing further investment as we actively seek to grow our global footprint in the months ahead.”