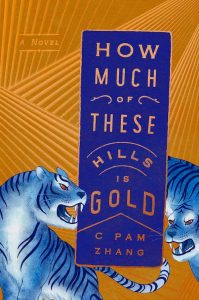 The Night Manager prodco The Ink Factory is developing C Pam Zhang’s debut novel How Much Of These Hills Is Gold for TV.

The London and LA-based prodco is working on the project with Endeavor Content, which owns a stake in the company, while Anita Gou (The Farewell) is attached to executive produce under her Kindred Spirit banner.

The adaptation will be written by playwright and screenwriter Hansol Jung, whose credits include Netflix’s Tales Of The City and Apple TV+’s Pachinko.

C Pam Zhang said: “It feels quietly revolutionary to think that I might see two Chinese American kids swagger and stride across the screen, heroes of an American cinematic tradition I have always adored – it’s exactly where they belong, where Chinese Americans have always belonged.

“What a joy to have this team that already includes female and queer perspectives from the Asian diaspora, and that I hope will grow to include even more voices.”

The novel is set in the twilight of the Gold Rush in the US and follows two Chinese-American siblings as they cross the treacherous California hills “with a gun in their hands and a corpse on their backs.” It explores themes of childhood and adolescence.