India’s Viacom18 draws up ‘The Big Picture’ from ITV Studios 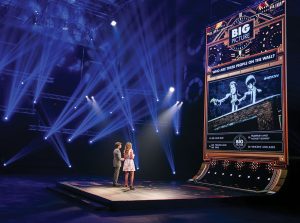 The debut season will be produced by Banijay Asia and will broadcast on Viacom18’s network Colors TV, with Bollywood star Ranveer Singh hosting.

India becomes the fifth country to pick up the format, following deals in the Netherlands, Turkey, Portugal and Thailand.

The Big Picture puts viewers’ knowledge to the test with a series of picture-based questions, with connected players working along in real-time from home with a studio player to win a cash prize.

Nina Elavia Jaipuria, head of Hindi mass entertainment & kids TV network at Viacom18, said: “With a view to bringing new and enhanced entertainment experience for our viewers, we have over the years pioneered diverse genres that include dance reality shows, talent-based shows, stunt-based shows and voyeuristic content.

“Breaking new boundaries of entertainment, we are extremely excited to announce one of the biggest and differentiated quiz shows – The Big Picture.”