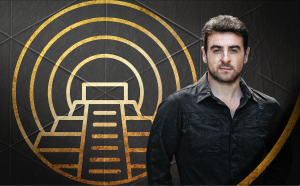 Curse Of The Lost Amazon Gold

A+E Networks UK has acquired the documentary series Curse Of Akakor, which will be retitled as Curse Of The Lost Amazon Gold, for broadcast on Sky History in the UK and The History Channel in Sweden, Benelux, Italy, and Germany.

The deal for the 6 x 60-minute series was struck by distributor Beyond Rights, with the project originally produced by Beyond Productions for Discovery US, expanded from an initial short-form series for Facebook Watch.

Curse Of The Lost Amazon Gold will make its European debut on Sky History in the UK on 12 July, as part of the British broadcaster’s ‘Summer of Secrets’ event.

The series tells the story of three different explorers – who set out to find the rumoured ancient cities of Akakor and Akahim in the Amazon jungle in the 1980s – each of whom mysteriously disappeared on their respective expeditions.

Six international investigators and adventurers now set out on an expedition into the Amazon jungle to find out what happened to the missing explorers.

Kelly Hornsby, head of acquisitions at A+E Networks UK, commented: “Curse Of The Lost Amazon Gold is the perfect addition to our Summer of Secrets campaign in the UK on Sky History and we know our audiences will love it.” 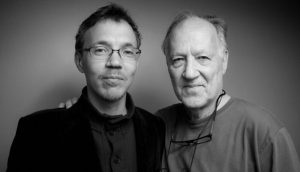 Produced by Gunpowder & Sky, Spring Films and Taglicht Media, German filmmaker Herzog will narrate and executive produce the project, which is being directed by his son Rudolph Herzog.

The film, which will stream later this year on the service, promises to take audiences on a “spectacular voyage across our planet, out into the stars and beyond our dreams.”

With the natural resources of our planet dwindling, the feature will question whether the future of the human race could lie on another world.

“Mankind’s quest to become space colonists has always been a fascination – the cutting-edge technology it requires, and the geniuses, dreamers and mavericks who lead this ambition. Last Exit is a brand-new creative collaboration for my father and me, and we are thrilled to be doing it with such forward-thinking partners,” said Rudolph Herzog. 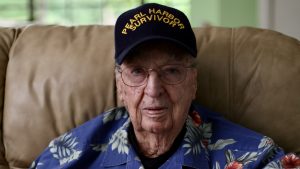 Attack On Pearl Harbor: Minute By Minute is being co-produced by Channel 5 and Barcroft Studios, which will retains the rights for the US and Canada.

The series will piece together the complex events of 7 December, 1941, combining interviews from the last remaining survivors and expert talking heads, together with rare archive material.

Each episode will unfold chronologically and cover a different part of the timeline surrounding the attacks on the Hawaiian naval base.

The series was commissioned by Guy Davies for Channel 5, while Peter Wyles serves as executive producer is Peter Wyles for Barcroft Studios.

“I’m incredibly proud to be making such an important series,” said Wyles. “As the 80th anniversary of Pearl Harbor approaches, our films will take the closest look at the event yet.” 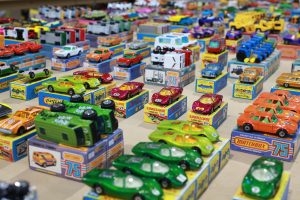 UKTV has commissioned Scouting For Toys, a new obs-doc series for its Yesterday channel.

The 10 x 60-minute series is produced by BBC Studios’ Documentary Unit and set to debut next year. It will follow renowned Vectis Toys Auctioneers in County Durham, in the UK, where buyers and sellers from all over the world come to trade every toy imaginable.

The series discovers how toys are valued and catalogued ahead of their weekly auctions and feature passionate people selling the treasured collections they’ve amassed over decades.

“At UKTV, we’re delighted to commission Scouting For Toys from BBC Studios Production, taking our viewers on a nostalgic journey back to their favourite childhood toys, from Sindy dolls and Thunderbirds figures, to Matchbox cars and treasured teddies,” commented UKTV’s Hilary Rosen.