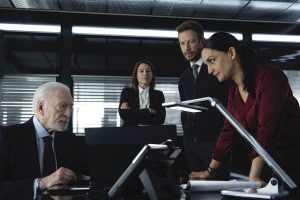 ‘Departure’ takes off around world

ViacomCBS-owned UK broadcaster Channel 5 has acquired the 6 x 45-minute first season of the series, which will air initially on its 5Star channel and its on-demand service My5.

Red Arrow Studios International has also secured deals for the first and upcoming second season to broadcasters including Lionsgate Play in India, Net5 in the Netherlands, DPG Media in Belgium for VTM2 and TVNZ in New Zealand. In Sweden, TV4 has also picked up season two, following its previous acquisition of season one.

Departure follows a crack team of investigators, tasked with unravelling the mysteries behind a series of shocking air, sea and land disasters and stars Archie Panjabi (The Good Wife) and the late Christopher Plummer (All The Money In The World).

Tim Gerhartz, president & MD at Red Arrow Studios International, which holds global rights outside of North America, said: “As a premium international series, which is packed with action and fronted by an all-star cast, Departure is ideally positioned to expand Channel 5’s drama offering and provide a standout moment in the broadcaster’s schedule.

“Also, with the show’s eagerly anticipated second season debuting later this year, it’s great to welcome a raft of new partners to the series.” 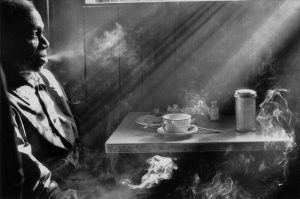 The Man Who Shot New York

Two Blakeway Productions documentaries, Brilliant Bronte Sisters (1 x 48-minutes) and The Genius Of Roald Dahl (1 x 48-minutes) have been added to the service, alongside Hokusai: Old Man Crazy To Paint, a 1 x 60-minute production made in association with the British Museum. 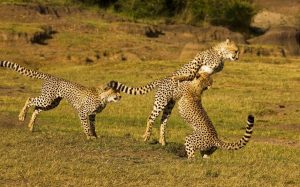 The deals includes Hot Roads – The World’s Dangerous Roads (10 x 45-minutes) and nature titles including the 1 x 52-minute Masai Mara: The Big Hunt and science programming like the 1x 30-minute Logistics Of The Future.

Little Dot has taken 100 hours of content in mid- and long-form including The Best Of German Newsreels (250 x 11-minutes) and Children Of Dictators (4 x 52-minutes).

Little Dot Studios UK has meanwhile acquired several factual productions for their VOD channels on YouTube, Facebook, Instagram and TikTok, with Retold picking up rights for the 2 x 52-minute Viking Women and the 5 x 45-minutes The Vikings. Timeline will be streaming the 1 x 52-minutes The Egtved Girl and Children Of Dictators.

ARD+, the SVOD service of German pubcaster ARD, has also picked up rights for shows such as the 1 x 45-minute Cyborg: Human Machines and the 1 x 52-minute Stalin’s James Bond, while other German deals have seen Vistas Of Longing – Painters And Their Landscapes ( 5 x 45-minutes) and Painting The Sea (2 x 52-minutes) headed to the streaming platform Sooner as well as the 1 x 60-minute Erich Kastner – The Other Face going to Netflix. 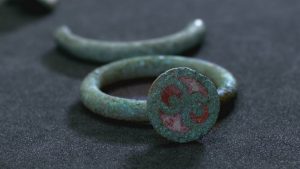 Secrets Of The Celtic Grave

The company is now handling worldwide sales (outside of US, UK/Eire) to Secrets Of The Celtic Grave (1 x 46-minutes/1 x 84-minutes), produced by Wildflame Productions for Smithsonian Channel and S4C and exploring how mysterious ancient objects uncovered in Wales trigger a major archaeological investigation that reveals the grave of a Celtic warrior buried in a richly decorated chariot and other treasures.

Flame has also secured worldwide rights (outside of UK/Eire) to The Man Who Destroyed Oscar Wilde.  The 1 x 60-minute documentary from a Hole in the Wall Gang for BBC Northern Ireland sees Merlin Holland, grandson of Oscar Wilde, tell the epic story of the famous playwright’s downfall at the hands of the man who he once called an ‘Old friend’ and fellow Irishman, Edward Carson.

Our African Roots (1 x 60-minutes) was originally produced by Chemical Media for SBS. Flame has worldwide rights (outside of Australia) to the programme, which reveals modern Australia’s origin story to be a “complex, multicultural and multiracial affair.”

The company has acquired the rights to the documentary feature film Machine (1 x 85-minutes) for worldwide TV distribution (outside of North America). Produced by The Finch Company, the film talks to world-renowned experts who are creating, researching and controlling artificial intelligence.

Fiona Gilroy, content sales & acquisitions director at Flame Distribution, said, “Time seems to be a key aspect of these documentaries – whether it’s looking at past events through a new lens or looking into the future as we see the shape of things to come, with exciting discoveries and revelations that we know will have broad appeal.”