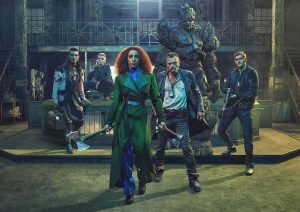 UK pubcaster the BBC has acquired BBC Studios’ The Watch, a series based on Terry Pratchett’s Discworld novels, for its BBC2 channel and BBC iPlayer VOD service.

The BBC Studios production, originally commissioned for BBC America, is described as a “modern and inclusive series” based upon the characters in Terry Pratchett’s extensive fantasy book series. It will land on iPlayer on 1 July and will be broadcast on BBC2 at a later date.

The 8 x 45-minute series follows The City Watch, a group of improbable heroes who must thwart an evil plot to resurrect a great dragon. It is executive produced by Hilary Salmon, Ben Donald and Richard Stokes for BBC Studios, Rob Wilkins for Narrativia, Simon Allen and Craig Viveiros. Johann Knobel is series producer and Simon Rogers is production designer.

Sue Deeks, head of programme acquisition for the BBC, says: “The Watch may have a dystopian setting but it is a really fun, energetic and enjoyable watch – full of thrills, humour and memorable characters.” 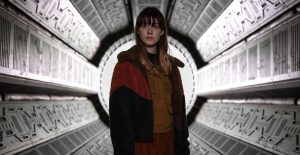 War Of The Worlds

StudioCanal has inked a slew of deals in Asia for its drama content, ahead of next week’s MIPCHINA event.

Mola Indonesia has also acquired more than 100 hours of programming for its SVOD service, including a number of original productions from the Canal+ channels in France and Poland, including crime series Paris Police 1900 and The King Of Warsaw.

In Hong Kong, newly launched on-demand library Now Studio, operated by Now TV, has picked up SVOD rights for War Of The Worlds, ZeroZeroZero, Possessions, On Death Row and La Flamme, as well as comedy and short-form dramas All The Way Up, Nine Women. UFOs and Ridley Road.

ZeroZeroZero is also heading to Vietnam, following an acquisition by VSTV for their pay-TV & SVOD services, which are part of the Canal+ Group. The crime series will launch on their K+ channels later this year, alongside the second season of Pros & Cons.

France’s Canal+ has ordered a new documentary telling the story of Nadia Nadim, the former Afghan refugee who became a star player for the Paris Saint-Germain football club.

Christine Cauquelin, Canal+ Group director of documentaries and factual channels, commented: “I am delighted to be teaming-up once again with director Anissa Bonnefont on her second documentary feature, especially as it follows on from the exceptional Wonder Boy which first premiered on Canal+”.