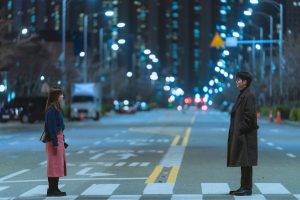 Doom At Your Service

Produced by Studio Dragon and Studio&NEW for CJ ENM, the 16-episode Doom At Your Service launched in Korea last month and follows the story of Dong-Kyung, a young woman who receives a terminal diagnosis but is offered the chance to fulfil all her dreams in her final 100 days on earth.

However, she soon starts to fall in love with Doom, the mysterious being that has come to grant her wishes – in return for her soul.

“This is a warm, relatable romantic comedy, that also offers escapism with its fantasy elements during what has been a difficult year for all,” says Deborah Youn, head of Asia business at Eccho Rights. 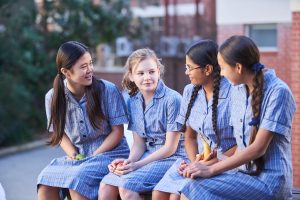 The series, created by Julie Kalceff, is produced by Australia’s Epic Films in association with Kojo Entertainment and first aired on ABC Me in March 2020. It will air in France this fall.

APC Kids is the exclusive sales agent in France for the Australian Children’s Television Foundation (ACTF), which holds global distribution rights to the show.

First Day is aimed at children aged 5-9 and stars transgender actor Evie Macdonald as Hannah Bradford and follows her first few days at high school, where she must find the courage to live as her most authentic self.

Lionel Marty, MD of APC Kids, commented: “The impressive collection of awards and widespread acclaim First Day has gathered speaks for itself and we are delighted to be bringing such an important, wholesome and engaging story to French audiences and continuing our partnership with ACTF.” 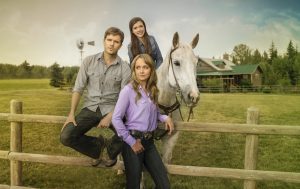 Adapted from Lauren Brooke’s best-selling novels, Heartland is a multi-generational family drama series set in Alberta, Canada that began airing in 2007 on the CBC and just wrapped its 14th season in March. It is produced by Dynamo Films and Seven24 Films.

FilmRise has acquired AVOD rights to 214 episodes across 13 seasons as well as the TV movie A Heartland Christmas.

The series follows life on the Heartland ranch as sisters Amy and Lou, together with their grandfather Jack, deal with the challenges of running a ranch that has been in the family for generations.

“We are fortunate to add this wonderful series to our expanding content of wholesome family programming,” commented FilmRise CEO Danny Fisher.