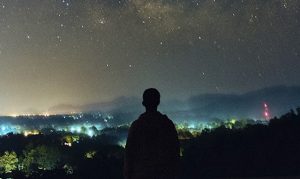 The series is a co-production between Abrams’ Bad Robot and Zipper Bros Films and will explore the public’s fascination with UFOs, as well as the possibility that the US government, private companies and the military may be hiding the truth about extra-terrestrial visitors to our planet to further their own agendas.

Inspired by the 2017 New York Times story that revealed the Pentagon has been secretly tracking these objects for years, the series will explore the history of reported encounters as well as testimony from eyewitnesses, as it seeks to uncover the truth about UFOs.

Abrams will executive produce the series, along with Zipper, Mark Monroe and Sean Stuart, as well as Ben Stephenson and Rachel Rusch Rich from Bad Robot.

The series is co-executive produced by Kevin Lincoln and produced by Maren Domzalski and Paul McGuire, while Mark Monroe and Paul Crowder are attached to direct. It will debut on Showtime on 8 August.