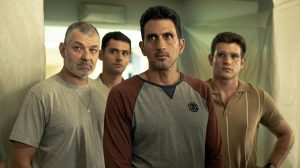 Line In The Sand

‘Line In The Sand’ secures first raft of sales

The eight-part Koda Communications-produced thriller is headed to new youth-skewing streamer Brut X in France, while in Germany it has been picked up by RTL for its RTL Crime channel. In Australia, Network 10 has taken the show for the Paramount+ streaming service, while it has also landed on BETV in French-speaking Belgium.

All four broadcasters have also optioned the second season of the show, which was recently reordered by Keshet 12 in Israel.

The series, co-created by Rotem Shamir and Yuval Yefet is set on Israel’s golden coast and inspired by real events. It stars Tshai Halevi as an idealistic police detective who leaves behind a high-flying career to return to his hometown, which he is horrified to discover is in the iron grip of a powerful gangster.

Left with few choices, the lawman is forced to cross his own moral lines in his quest to bring down the criminal.

Keren Shahar, Keshet International’s COO and president of distribution, commented, “We are thrilled with the fantastic response we’ve had from buyers all over the world to Line in the Sand. This crime drama is pure, unbridled entertainment, so its appealing to networks and streamers alike. We’re looking forward to announcing a second raft of sales very shortly.” 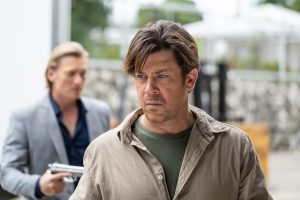 Almost Paradise is now airing on NBCUIN’s channel French channel 13EME RUE, as well as 13 ULICA in Poland, and DIVA in both Romania and the Balkans.

This follows recent licensing deals for the show in Ukraine, Latin America and the Middle East, as well as Amazon-owned AVOD service IMDb TV.

Almost Paradise originally premiered in the US in March 2020 on WGN and stars Christian Kane (The Librarians) as a former drugs enforcement agent who was forced into early retirement.

He subsequently moves to a small tropical island in the Philippine Archipelago to run a gift shop at a luxury hotel, but finds himself pulled back into his former life after meeting the resort’s rich and often criminal clientele.