Disney+ embarks on ‘Beauty And The Beast’ prequel adventure 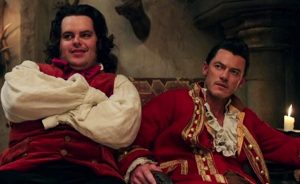 Disney+ has commissioned an eight-episode limited musical prequel series to its 2017 live-action feature film Beauty And The Beast.

The series, which has the working title of Beauty And The Beast, hails from Disney Branded Television and ABC Signature and will see Josh Gad and Luke Evans reprise their movie roles as LeFou and Gaston.

Gad also serve as a co-showrunner alongside Edward Kitsis and Adam Horowitz, with the trio having developed, executive-produced and written the series. Evans will also produce.

Liesl Tommy is set to direct the first episode while Alan Menken will compose an original soundtrack, with both to also exec produce.

Production will begin on the series next year, with the show set in the setting of the original film many years before the Beast and Belle’s romance took place.

The story will follow familiar characters Gaston and LeFou, along with LeFou’s stepsister, Tilly (Brianna Middleton), after a surprising revelation from her past comes to light, sending the unlikely trio off on an unexpected journey filled with romance, comedy, and adventure.

“For anyone who’s ever wondered how a brute like Gaston and a goof like LeFou could have ever become friends and partners, or how a mystical enchantress came to cast that fateful spell on the prince-turned-beast, this series will finally provide those answers… and provoke a whole new set of questions,” said Gary Marsh, president and chief creative officer, Disney Branded Television.