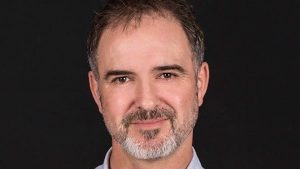 The New Zealand Film Commission has appointed David Strong as its new CEO, taking over from Annabelle Sheehan who departed the role last month.

Strong takes up the post on 12 July and comes from a background in both the army and the film industry, having served as a specialist advisor on streaming TV and feature film projects since 2006.

His credits include work on Amazon’s upcoming Lord Of The Rings series and Disney’s Mulan film and he is also the co-owner of Wellington-based Craftinc Films Limited and he has written, directed and produced several independent short films.

In 2015, Strong was a founding member and the inaugural chair of ScreenSafe, an independent pan-industry body that was established to improve the New Zealand screen sector’s health and safety. Its guidelines formed part of the local industry’s response to the Coronavirus pandemic.

She added: “He is passionate about the art of film, filmmaking, the sustainability of the New Zealand screen industry and its contribution to New Zealand’s culture and economy.”