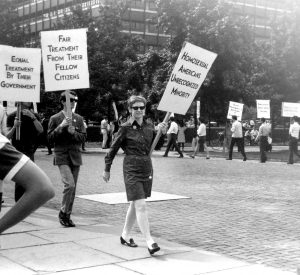 Sky in the UK and Italy has picked up rights to Cured, which explores the successful campaign by US LGBTQ activists in the early 1970s to remove homosexuality from the American Psychiatric Association’s manual of mental illnesses.

The 1 x 90-minute or 1 x 60-minute doc, which is sold by UK sales firms and financier Drive, will air on Sky Documentaries this Sunday.

It will also be available via sibling streamer Now and has also been sold to Yes TV in Israel and ORF in Austria, with its US broadcast premiere on PBS slated for October.

The show combines eyewitness testimony with newly discovered archival material to illuminate the strategy and tactics that led to a pivotal yet largely overlooked moment in the struggle for LGBTQ equality.

The 10-part show, from Russia’s NTV, is a true-case investigative drama that digs into one of the most brutal serial killer cases in Soviet history and the cover-up conspiracy that surrounded it.

The deal covers the UK, US, Canada, Australia, and New Zealand from 2022. The contract also includes free TV and pay TV premiere rights in those territories.

Murderous Fever will also be available on Walter Presents via the PBS Masterpiece Prime Video Channel in the US and Canada, as well as on Roku and Comcast Xfinity X1 in the US and on-demand in New Zealand and Australia.

Love To Cook is from Banijay UK-owned Sidney Street and follows Berry as she searches out chefs and reveals their passions and stories.

The series will air later this year and has been commissioned by Catherine Catton, head of commissioning for popular factual & fact ent at the BBC.

Sidney Street was founded in 2016 by former MasterChef creative director Karen Ross with Endemol Shine UK, which was acquired by Banijay last year.