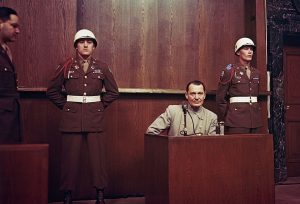 Nuremberg: The Nazis On Trial

Broadcasters and platforms around the world have picked up a slew of history and documentary titles, following deals with the Passion Distribution.

Nuremburg: The Nazis On Trial, the 1 x 90-minute doc, originally made by Middlechild Productions for the UK’s Channel 5 is headed to SBS in Australia, Histoire in France, DR in Denmark, NRK in Norway, Channel 8 in Israel and Viasat for CEE and Scandinavia.

Meanwhile, Voltage TV and Motion Content Group’s 3 x 60-minute series The Great Plague, which was also produced for Channel 5, has been licensed to BBC Select for North America, SBS in Australia, YLE in Finland, NRK in Norway, Axess TV in Sweden, DR in Denmark and Viasat for CEE and Scandinavia.

Further deals include sales for 1,000 Years Of History, Storming The Capital: The Inside Story, Future Warfare and Beyond Our Earth. 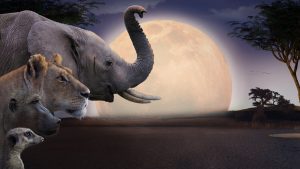 French factual prodco and distributor ZED has announced pre-sales for five of its current projects in the North American market.

The 52- & 90-minute Flyways: Migratory Shorebirds, The Ultimate Journey is a co-production by ZED, Storyland, PTS and HHMI Tangled Bank Studios, for ABC Australia, ARTE France, PBS and PTS. The film, directed by Randall Wood, is scheduled for delivery in late 2022 and follows the efforts of scientists to understand the migration routes of five of the world’s most enduring bird species.

Kalahari, Land Of Secret Alliances, meanwhile, is a 3 x 52-minute event series, directed by Pierre Stine. Produced by ZED and Patrick Morris for France Télévisions and Blue Ant Media, the series explores another version of the living world – a natural world that is less selfish than we first thought. It is scheduled for delivery this summer.

Lion Dynasty, A Matter Of Pride, is a 1 x 52-minute documentary directed by Jean Barraud and Romain Quillon. Filmed over 10 years, this film tells the unique saga of a lion pride fighting from generation to generation to maintain its dynasty in a hostile, punishing, African land. Produced by ZED for ARTE GEIE and National Geographic.

The 1 x 52-minute Hitler’s Disastrous Desert War is a full archive historical documentary directed by Yvan Demeulandre, written by Olivier Wieviorka and produced by ZED for France Télévisions and National Geographic. Due to be delivered next month, the film recounts all the military operations that took place in North Africa between 1941 and 1943.

Vikings: The Ghost Ship And The Forgotten Kingdom Of The North is a 52- and 90-minute docudrama directed by Pierre Stine about the 2018 discovery of a 1,200-year-old Viking burial ship in Norway. With exclusive access, the film, produced by ZED for France Télévisions and CuriosityStream, will follow this archaeological excavation step by step to reveal who has been hiding inside this mysterious Viking coffin for over a thousand years. Delivery is expected for next summer. 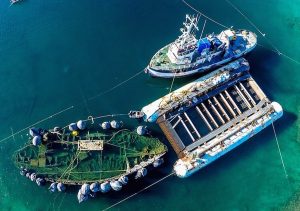 Secrets In The Ice

Discovery+ and A+E are among those to pick up documentary series and specials, following a raft of global sales for Canada’s Boat Rocker Media.

Shark Teeth Films’ Secrets In The Ice debuted on Super Channel Canada earlier this year, after being commissioned by Discovery Science US.

The show is now headed to A+E for the UK, Poland, Romania and South Africa, as well as Nat Geo for MENA, Discovery Benelux and RTI for Italy. Further sales of the series closed with A+E OLE in Latin America and Caribbean, Bell Media’s Canal D in French Canada , Prava I Prevodi in Serbia, Montenegro, Macedonia, Bosnia, Herzegovina, Croatia and Slovenia and Prosieben in Germany.

Unexplained: Caught on Camera was meanwhile picked up by Discovery+ USA, while Foxtel Australia/NZ took CNN Productions’ Hell In The Heartland: What Happened To Ashley And Lauria? and Secrets Of A Psychopath. Both series were also taken by Nordic Entertainment Group for their Viaplay SVOD service in the Nordics and Baltic regions.

Elsewhere, AETN for the UK, History Channel in Germany and Quebecor’s streaming service Club Illico for French Canada also acquired Hell In The Heartland: What Happened To Ashley And Lauria? while RTL Germany and Sundance Now USA and Canada have taken Secrets Of A Psychopath. 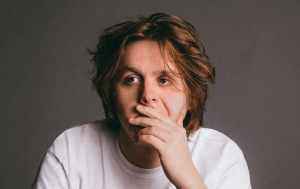 The company, which is behind AppleTV+’s Beastie Boys Story and Beyonce’s Lemonade, has partnered with BMG and Quickfire Films on the production. Joe Pearlman will direct, while Sam Bridger and Alice Rhodes will produce.

The documentary follows Capaldi after his sold-out global headline tour, returning to his parent’s house in Scotland to begin work on his sophomore album.

Independent Entertainment will be representing the production at the forthcoming Cannes Virtual Film Market, later this month.