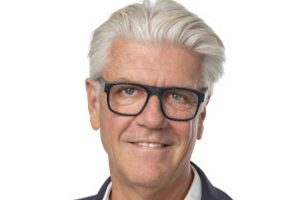 CJ ENM-owned Eccho Rights has linked up with German producers Tellux Film, Indiana Production in Italy and the UK’s Born Wild on a new mockumentary series.

One Euro Village has been created by Born Wild’s founder Anthony Alleyne, with co-writer Matteo Berdini, and follows events in a small, provincial Italian town that draws an influx of holiday home developers after it announces the sale of its dilapidated housing stock for €1.

The problem is, a clerical error results in all the new homeowners coming from German-speaking countries who don’t speak a word of Italian.

The German production team is headed up by Philipp Schall, MD of Tellux Film, alongside producer Laura Kirlum, while Daniel Pavoncelli and Kim Gualino are attached for Indiana.

“This is a hugely exciting project, a series that works organically as a co-production with international partners. And we are delighted to be among those collaborating in what is a new role for Eccho Rights, as co-producers,” said Nicola Söderlund, managing partner at Eccho Rights.

Adam Barth, the former DRG exec who joined Eccho earlier this year as director of co-productions, acquisitions & development, added: “Eccho Rights is evolving the traditional distribution model into a more complex and participative role as a co-producer. We are aiming to provide producers with expertise in funding and packaging of series enabling them to get their shows on air in the most efficient and financially viable way.”

Born Wild already has a number of projects in development with Eccho, including drug smuggling comedy The Crystal Isle and Ezequiel Himes, described as “a post-Apocalyptic Spaghetti Western, featuring telepathic undead.”