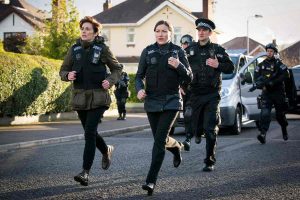 The show, which recently completed its run on commissioning broadcaster BBC One in the UK, will premiere this October and has been acquired along with the first five season, which are available to view via Hollywood Suite On Demand.

Line Of Duty is written by Jed Mercurio and follows the investigations of AC-12, a controversial police Anti-Corruption unit. It is produced by World Productions and sold globally by its parent, ITV Studios.

UK-based production finance broker and distribution agent Silverlining Rights is seeking buyers for eight-part travel series World’s Most Beautiful Landscapes, which is set to debut on More4 in the UK next week.

The show has been produced by Emporium Productions, with Silverlining closing the funding gap with a sales advance. The Bristol-based firm has previously worked with Emporium on Smithsonian Network’s Nepal Quake: Terror On Everest.

Emporium’s MD Emma Read said the show used NASA and ESA satellite footage, in addition to local producers around the world, to “explore nature, geography, geology, history and humanity, from the wonders of the Amazon to the secrets of the Scottish Highlands.”

Produced by, Bigger Bang Communications and Blue Ant Studios-owned Saloon Media, the series visits New York, London, Paris, Singapore, Berlin and San Francisco and sets out to answer such questions as: Why can’t you climb all the way up to the torch of the Statue of Liberty? What are Notre Dame’s gargoyles guarding? And what’s hiding under Singapore’s championship golf course?

The show will debut on Smithsonian Channel in Canada and the US on 6 June, followed by the UK on 14 June. Iain Riddick and Ben Bowie will executive produce for for Bigger Bang; Julie Chang and Michael Kot for Saloon Media; and John Cavanagh for Smithsonian Channel.