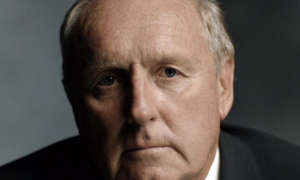 The UK government is set to restart its process of hiring a new chairman of media regulator Ofcom.

However, according to The Telegraph, culture secretary Oliver Dowden has written to Public Appointments commissioner Peter Riddell that he wants to start the process over due to ‘very heavy lobbying’ against Dacre.

A campaign from Facebook’s VP of global affairs and communications Sir Nick Clegg – the former Liberal Democrat leader and deputy prime minister – has brought in Google to lobby against Dacre’s appointment. Such is the extent of the lobbying that Dowden has called for the interview process to start afresh – stoking speculation that the interview panel opposed Dacre’s appointment.

Reports have noted that the interview panel marked down one candidate in particular – believed to be Dacre – for arguing that they saw the responsibility of the position to reform Ofcom. In an interview last month, that same candidate reportedly questioned Ofcom for its ties to the BBC and criticised the BBC’s financial management.

While the tech giants would be against Dacre, who has used his position at the Mail to call for the breaking up of Facebook and Google, the social media company has stated that “any suggestion of a lobbying campaign for or against any individual is simply false.”

Clegg has historically been critical of the former Mail editor, referring to him as “Darth Dacre,” while his wife Miriam Gonzalez Durantez, a lawyer, has accused Dacre of “vindictive behaviour.”

The Telegraph reports that Silicon Valley’s favoured candidate would be the tech-friendly former culture minister Lord Vaizey, though Vaizey has not been contacted by Facebook or Google.

Ofcom is said to favour a candidate who would sit inside the current system. The Conservative government meanwhile wants an ‘independently-minded’ chairman that would help it with its agenda of restructuring the BBC’s funding model.

The interview panel was chaired by senior civil servant Susannah Storey, and included newspaper executive Paul Potts; former BT CEO Lord Livingston; and deputy chairman of KPMG Melanie Richards. Restarting the process would also see the appointment of a new interviewing panel, with some conflicts of interest of the initial panel being declared too late.

While Dacre would still be the favourite for the job, the application process would be reopened should Dowden’s request be approved. Fewer than 10 candidates initially applied to the job due to the apparent favouritism shown to Dacre by ministers.