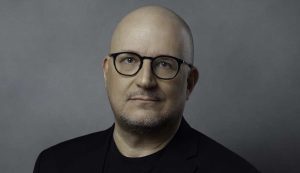 Despite the recently announced blockbuster merger between WarnerMedia and Discovery, the former is continuing on its path of rolling out HBO Max internationally.

The first major expansion for the streamer outside of the US will be into 39 territories in Latin America and the Caribbean on 29 June.

The service will be offered in two tiers, with a cheaper mobile-only offering starting at $3 per month, which streams in SD on one screen. A standard tier will offer access to three simultaneous users in quality of up to 4K.

Similar to the service in the US, users who have an existing HBO linear subscription through partners like Claro and Tim in Brazil will have access to HBO Max for no extra cost, while existing HBO GO subscribers will see their subscription migrate.

The streamer will not offer day-and-date releases of Warner Bros. cinematic slate as it is doing in the US. Instead, subscribers in the region will have access to movies like In The Heights and Dune at no additional cost 35 days after their initial release.

HBO Max will also offer a localised catalogue of original content from the region such as Mexican women’s soccer series Las Bravas and the Gabriela de la Garza-starring Love Spells.

Luis Durán, General Manager for HBO Max in the region, said: “HBO Max is a platform built in Latin America for latinoamericanos. In this context, our catalogue delivers on the intensity and the passion of our region, our plans deliver on the experience users expect, and our prices deliver on our promise to entertain every member of the family. Our goal is to transform the streaming experience in Latin America, one word, one shot, one pixel at a time. And we are just getting started.”

Johannes Larcher, head of HBO Max International, said: “Our launch in Latin America and the Caribbean is the first step in our global rollout of HBO Max. We are thrilled that fans across the region will soon be able to enjoy HBO Max and its amazing collection of content. WarnerMedia is one of the most popular and trusted sources of entertainment across Latin America, and we are very excited that our global journey starts here.”