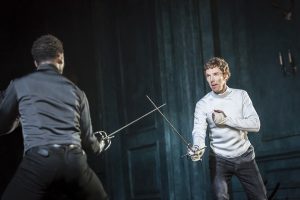 Amazon Prime Video has partnered with the UK’s National Theatre to bring four productions filmed by the arts institution to the streamer in the UK and Ireland.

The productions, all of which will be made available on 11 June, include Frankenstein, directed by Danny Boyle and written by Nick Dear, starring Benedict Cumberbatch and Jonny Lee Miller; a performance of William Shakespeare’s Hamlet, also starring Cumberbatch; Ian McKellen On Stage, in which the actor showcases some of his most iconic performances; and the stage production of Phoebe Waller-Bridge’s Fleabag, which inspired the TV series of the same name.

The latter production has been available on Prime Video before as a TVOD purchase, having been added for a limited two week run last year, with all proceeds going to help people affected by Coronavirus.

“The National Theatre have brought us some of the most memorable theatrical productions of the past decade, and we are delighted to give our customers across the UK and Ireland an opportunity to experience them,” commented Martin Backlund, head of content, UK, Ireland and Nordics at Prime Video. “The cream of UK acting talent so often started their career in theatre, and we want to shine a light on the incredible heritage we have here.”

The series is currently in production with a tentative release date in the second half of next year. Moochie was originally commissioned by Canal Plus, with ABC News recently joining as co-producer for exclusive rights over the US.

Moochie will be the fifth collaboration between director Samuel Collardey and Parisian producer Grégoire Debailly of GEKO Films, and a first co-pro with Joachim Landau at Empreinte Digital.

Set in Florida in the US, the series charts the on-going murder investigation of Jill Halliburton Su, a relative of the Halliburton oil dynasty, who was killed in a home invasion in September 2014.

The project will also explore the story of Dayonte Resiles, a young African American nicknamed ‘Moochie’ who is facing the death penalty after being accused of the crime, along with his July 2016 escape from a Broward County courthouse and the ensuing manhunt. 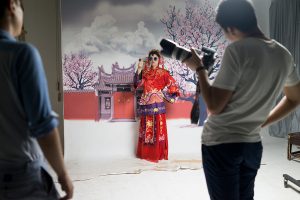 Indie distributor TVF International has closed a raft of sales for factual content with broadcasters and platforms across Asia.

Media Stockade’s China Love (1 x 90-minutes), which was produced for Australia’s ABC and The Mosque Next Door (3 x 60-minutes) from Southern Pictures are both headed to SBS for south-east Asia, Australia and New Zealand.

Discovery Asia has meanwhile closed a package for south-east Asia including 4K aerial show UAE From Above (1 x 60-minutes) from Navigation Films and Frontier Sumatra (1 x 60-minutes), a one off from Beach House Pictures that showcases the work of conservationists saving one of the last great peat forests in South East Asia.

Further deals were struck with esports and tech brand TechStorm, Korea’s Dream N Company and Channel A and TVB, RTHK and ViuTV in Hong Kong, among others across the region.