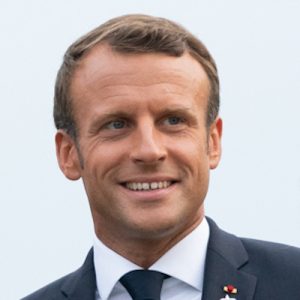 France Télévisions’ youth-focused channel France 4, which had been facing the axe, has been reprieved following the personal intervention of president Emmanuel Macron.

France 4 had previously been pencilled in for closure in 2020 but was reprieved due to the Covid-19 pandemic and subsequent lockdown.

Macron has now intervened, Tweeting that the channel had “secured its place in homes, notably since the pandemic”.

The French president added that he supported it pursuing its mission “around two poles: children during the daytime, culture in the evening, to extend the success of the Culturebox experiment”, referring to the pop-up channel introduced during the lockdown of cultural institutions in February, with the aim of supporting artistic creation.

Culturebox has been sharing France 4’s frequency on the digital-terrestrial network since the beginning of May.

The move was welcomed by France Télévisions director-general Delphine Ernotte, who told Le Monde newspaper that it was “a mark of confidence in the public service and its employees, who are working every day in the service of our viewers”.

The news that France 4 would continue to broadcast was welcomed by other stakeholders including copyright society SACD, which represents the interests of writers, and AnimFrance, both of which had campaigned heavily for the channel to be saved.

SACD said the reprieve was “good news for children and families” and said that the channel played “an essential educative role”.

“AnimFrance and the SACD thank the president of the Republic, Jean Castex, the prime minister, Roselyne Bachelot, minister of culture and the government for having given a hearing to numerous psychologists and defenders of the rights of children, local elected officials, parliamentarians, and audiovisual industry and cinema creators and professionals and for having had the sense to take this turn in the general public interest,” the two organisations said.