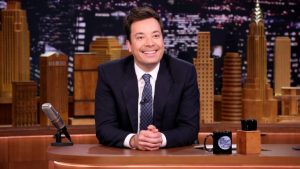 Susan Rovner, chairman of entertainment content at NBCUniversal Television and Streaming, revealed the reboot of the 1960s game show Password from Fremantle, during the Upfront.

The new version will be presented by The Tonight Show host Jimmy Fallon, with Rovner also revealing that this was one of six projects Fallon was working on for the company.

“That’s a great model to how we’re going to partner with our talent and creators moving forward,” she commented.

Fallon was also revealed to have extended his contract as host of The Tonight Show for another five years.

Snoop Dogg, meanwhile, is to front a new unscripted series for streamer Peacock about the world’s dumbest criminals, and has also teamed up with actor Kevin Hart to co-host a comedy sports news show via Hart’s Laugh Out Loud label.

Sticking with the sports theme, music stars the Jonas Brothers will feature in an hour-long NBC special Olympic Dreams Featuring Jonas Brothers, to debut in summer.

Debuting two days before the opening ceremony of the Tokyo Summer Games, the special will pit the musical siblings against one another, with assistance from Team USA athletes.

Mike Yurchuck will exec produce and showrun the special, which is produced by NBC and Universal Television Alternative Studio, in association with NBC Sports.