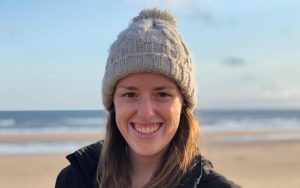 UK-based Strawberry Blond has launched a new office in Scotland and appointed producer Hannah Smith to head it up.

The division, based out of Glasgow, will aim to win commissions in entertainment, features and children’s series.

Smith, who is a series producer at Strawberry Blond, has recently won a fifth season commission from the UK’s CBBC for The Playlist and will establish a new team for the Scottish arm. She also looks after The Live Lounge Show for BBC4 in the UK and produces its series, The Great British Dig.

The Glasgow office will be the third to be launched by the company, which also operates out of London and Bristol, where its label is known as Super Best Quality Video Productions, run by Joe McVey.

Steve Wynne, founder & CEO of Strawberry Blond, said: “We have so many Scottish people working in our team that it seemed only fair to let them work in their own country, rather than drag them down to London.

“As someone who hails from the North West, I know what it’s like to have to leave your hometown and move to London where everything has an extra zero on the end. We want happy workers who properly represent the nations and regions – as they will develop and produce the types of shows the ever-growing number of devolved commissioners will be after.

“Hannah Smith is an extremely talented producer and she’s going absolutely smash Glasgow, in a good way. Can’t wait to visit her and the team there for our first Irn Bru.”