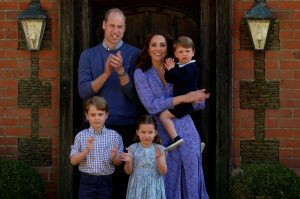 Kate: A Young Queen in Waiting

True Royalty TV has struck a deal to become available on Amazon’s Prime Video Channels in the US.

The agreement means Prime members can now subscribe to the Royal Family-focused SVOD and access hundreds of documentaries, which cover both about the British family and monarchies around the world.

Shows include the world premiere of True Royalty TV’s original documentary Kate: A Young Queen in Waiting, which recently debuted. It was produced by Hewitt/Odyssey.

Other docs available include Elizabeth At 95: The Invincible Queen, which has been produced by UK-based Spun Gold. The SVOD costs $5.99 a month after a free trial.

Gregor Angus, CEO at True Royalty TV, said: “With the launch in the US, we will now be available on nearly all the major distributors in the country. And the timing could not be better as Royal mania has truly reached its tipping point in America. True Royalty TV is the go-to source for Royal history, and the backstory and truth behind the headlines.”