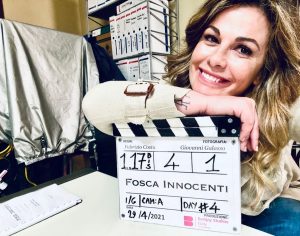 FOSCA – A Tuscan Policewoman (Fosca Innocenti) is being produced by Banijay Studios Italy and will star Vanessa Incontrada as a deputy police commissioner leading an all-female detective team.

The show, which has started filming in Rome, follows the commissioner as her relationship with her best friend comes under scrutiny when they move to New York.

Del Frate said: “Fosca Innocenti boasts strong and engaging storytelling that highlights the characters’ personal lives, amidst gripping crimes. With Vanessa Incontrada at the helm, we are proud to bring this ambitious show to Italy, that will have audiences hooked from the off.”