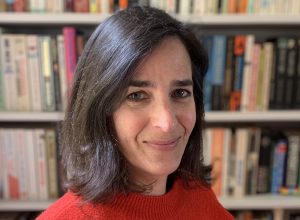 Factual producer Rare TV has promoted Susannah Zeff to become its first head of UK development and revealed its first domestic commission for a true-crime series.

Zeff has been with Rare TV for a decade and has been behind shows including Chitty Flies Again for Channel 4, The Nile: Egypt’s Great River With Bettany Hughes for Channel 5 and Contagion: The BBC Four Pandemic for BBC Four.

Alexander Gardiner, CEO of Rare TV, said: “Now Susannah is at the helm of our development efforts, the range and quality of our programming is about to become better still. The strength of her ideas is breath-taking. With Susannah leading our creative direction, our future growth feels more assured.”

The prodco has also been commissioned to produce its first true crime show, with Body Of Evidence (working title) ordered by ViacomCBS-owned UK network 5Star.

The returnable series examines gripping British murder investigations that ran cold, only to be cracked years later by dedicated detectives determined to catch the killer.

Guy Templeton is onboard as series producer, while the show will be sold globally by Paul Heaney’s recently launched distribution and development hub, BossaNova Media.

Gardiner added: “With Body Of Evidence, not only are we expanding into true crime, but we are taking a fresh and innovative approach to an enduringly popular genre.”