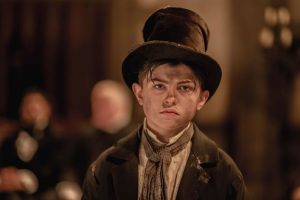 The 10 x 45-minute family adventure is produced by NBCUniversal International Studios and will follows the exploits of the infamous pickpocket, The Artful Dodger, and Fagin’s gang as they find ingenious ways to survive the grim and exploitative conditions of early Victorian London in the 1830s, before the events of Dickens’ novel.

Christopher Eccleston (The A Word) is set to play Fagin, while Billy Jenkins (The Crown) will play Dodger and Saira Choudhry (Life) will portray Nancy. David Threlfall (Shameless) will play the chief of police, Sir Charles Rowan.

Francis Gilson is the producer, while Mark Freeland will executive produce for NBCUniversal International Studios. The series is written by Rhys Thomas and Lucy Montgomery, who will also serve as exec producer. Charlie Higson is guest writing an episode and Rhys Thomas also directs alongside Hildegard Ryan. NBCUniversal Global Distribution is handling international sales.

Other new dramas ordered by CBBC include Silverpoint, a new sci-fi mystery adventure series which is being produced by London-based Zodiak Kids Studios, part of Banijay, which has secured an international co-pro deal with CBBC and ZDF Enterprises.

The 13 x 22-minute drama follows a group of children at summer camp who find themselves bonding over something unexplainable they find out in the woods.

The series is created by lead writer Lee Walters and executive produced by Steven Andrew, creative director of Zodiak Kids, with Trevor Klein to produce and Dan Zeff to direct. Filming starts next month in Northern Ireland for transmission in 2022.

Comedy-adventure series Nova Jones (10 x 24-minutes), meanwhile, follows an 18-year-old pop star and her 12-year-old sister and manager as they go on a concert tour throughout the galaxy. Produced by JAM Media, the series was filmed in Belfast for transmission later this year. The executive producers for JAM Media are Alan Shannon and John Rice, while Sarah Muller exec produces for CBBC.

The 13 x 28-minute series Still So Awkward is a spin-off from comedy drama So Awkward, following Lily’s misadventures at university with a new gang of friends. Produced by Channel X North, the executive producers are Alan Marke and Jim Reid.

Malory Towers (26 x 25-minutes) is also back for seasons two and three, produced by King Bert and WildBrain as a co-commission with The Family Channel, while Almost Never (11 x 28-minutes) returns for series three, executive produced by Saltbeef TV’s Jeremy Salsby. 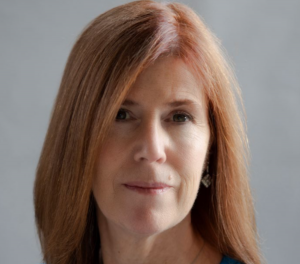 Paris-based Mikros Animation, a division of Technicolor, has appointed Andrea Miloro as president.

Miloro is a 20 plus year animation industry veteran and recently served as co-president of Fox Animation, as well as holding senior roles at Fox / BlueSky Studios and Sony Pictures Animation.

Technicolor’s TV projects have included Mickey And The Roadster Racers and Mira, Royal Detective for Disney Junior, Fast And Furious: Spy Racers for DreamWorks Animation and Kamp Koral: SpongeBob’s Under Years for Nickelodeon.

“I am delighted to be joining Mikros Animation at such an exciting time. The whole industry is going through a massive transformation which is creating new business and creative opportunities for animation,” commented Miloro. 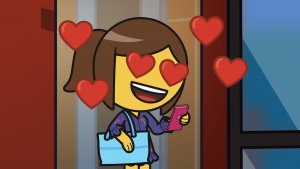 Wildbrain’s AVOD network and digital studio Wildbrain Spark has teamed up with The Emoji Company to co-develop and co-produce Emojitown, a new teen and YA-focused series based around the emoji brand.

The 52 x 2-minute 2D animated series will premiere on a dedicated YouTube channel at the end of the month and follows the daily struggles of life in a town where everyone has an emoji for a head. WildBrain Spark holds exclusive global distribution rights to the new series.

Rachel Taylor, commercial director of WildBrain Spark, said: “With its universal appeal, the emoji brand is ideal for the creation of an animated digital-first content offering, and our creative team has produced a funny, wry and edgy series, underpinned by bespoke data and insights drawn from our premium YouTube network.” 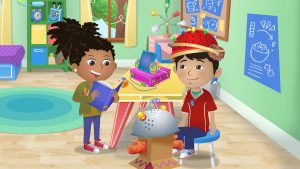 Produced by Six Eleven Media, the series follows the comical yet brain-teasing adventures of seven-year-old Addison, a young  inventor who loves to solve mysteries.

The 50 x 11-minute 2D animated series, which is aimed at 4-6-year-olds, has been picked up by Kidstream for the US, PCCW for Hong Kong and A+ Kids for France and Africa.

Azoomee has also taken the show for Spain, Italy, Germany, Brazil, France, Portugal, the Republic of Ireland, the Netherlands, Malta, India, Poland, Russia, Eastern Europe, APAC and MENA, while Encourage TV and Busy Bee have acquired it for the US and Tencent has taken it for China.