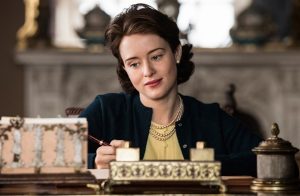 Claire Foy in The Crown

BritBox in the UK has ordered a new crime thriller starring The Crown’s Claire Foy.

Marlow, from Simon Maxwell’s Motive Pictures and Endeavor Content, is an eight-parter that tracks the lives of two families who live on the banks of the Thames.

The show explores the centuries-old history of the families and their ongoing conflicts.

It has been created by Tony Grisoni (Red Riding) and Maxwell, who launched Motive in 2019 having previously been head of international at the UK’s Channel 4. He is attached as exec producer on the show, along with Grisoni and Foy.

Foy said: “Tony and Simon’s scripts are so evocative of place and redolent with atmosphere – and the twists, turns and mysteries at the heart of this drama are utterly gripping.”

The series joins a growing roster of originals on BritBox UK, which is backed by the BBC and majority shareholder ITV. Last year, the streamer revealed projects including an adaptation of Irvine Walsh’s Crime and thriller The Beast Must Die.