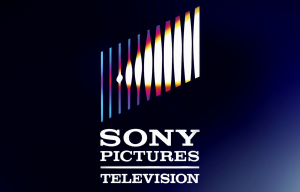 Sony Pictures Television (SPT) has unveiled a new creative diversity fund to be operated across the company’s international production group.

The scheme is part of Sony Pictures Entertainment (SPE)’s Sony Pictures Action initiative and aims to improve the diversity of creative talent within the international television industry.

SPT, along with an external partner from the BFI, will work with its portfolio of international production companies to identify, develop and champion talent with a focus on writers, producers and directors from underrepresented backgrounds.

The scheme will initially focus on UK-based production companies in its first year by offering additional financial resources to support staff and encourage “long-lasting relationships with mentors” from across the international production group.

The size of the fund has not been revealed but it is coming from Sony’s $100m ‘Social Justice Fund’.

Richard Parsons, SPT’s COO of international production, said: “We want the fund to act as ‘direct action’ support to give talented individuals that critical first break on real, live projects.”

Several projects tied to the Creative Diversity Fund are already underway, including supporting Blueprint TV’s commission of an original series treatment from writer Dipo Baruwa Etti, which together they will take out to commissioners.

Neeta Patel, SPE’s director of diversity, inclusion & talent international, added that the fund had “been conceived and designed with the aim of supporting authentic storytelling, developing diverse talent, and working toward increasing diversity in production teams.”