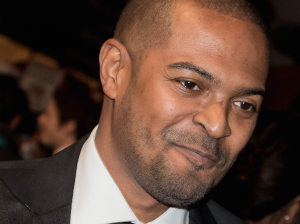 Bulletproof star Noel Clarke has been suspended by the UK film and TV body Bafta after allegations of sexual harassment emerged.

Clarke, who is currently starring in Viewpoint on the UK’s ITV, has also had his recently awarded outstanding contribution to British cinema prize revoked by Bafta, after UK newspaper the Guardian detailed an array of allegations.

These included claims that Clarke had bullied, sexually harassed and verbally abused co-workers on set between 2004 and 2019. He is also alleged to have taken, and shared, sexually explicit pictures and videos without consent.

Clarke denies all but one of the claims, which related to making inappropriate comments to a woman.

The Guardian said Bafta had been made aware of the allegations prior to Clarke receiving his award, but that the film & TV body had not seen evidence of the claims so proceeded with the presentation.

With allegations from 20 women now detailed in the Guardian’s report, the organisation has chosen to suspend the actor and revoke the prize.

In a statement, it said: “In light of the allegations of serious misconduct regarding Noel Clarke in the Guardian, Bafta has taken the decision to suspend his membership and the Outstanding British Contribution to Cinema award immediately and until further notice.”

Clarke is star of Bulletproof on Sky, which is produced by Vertigo Films and his All3Media-backed prodco Unstoppable Film & TV. The actor has previously appeared in Doctor Who, as well as movie trio Kidulthood, Adulthood and Brotherhood.

Clarke “vehemently denied” the allegations in the Guardian and said in a statement: “In a 20-year career, I have put inclusivity and diversity at the forefront of my work and never had a complaint made against me.

“If anyone who has worked with me has ever felt uncomfortable or disrespected, I sincerely apologise. I vehemently deny any sexual misconduct or wrongdoing and intend to defend myself against these false allegations.”