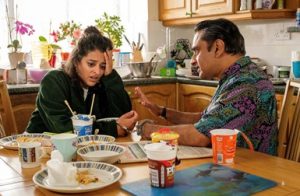 Collins and Finch said: “We can’t wait for everyone to see what we’ve got in store for our incredible cast and are absolutely delighted to be welcoming some amazing new faces on a return trip to the beautiful British seaside.”

Thornton added: “Sandylands is a special place for me, and I’m really pleased to finally be returning to it after the long winter months of lockdown. Series one introduced us to a clutch of highly original characters played by an extraordinarily talented cast, and I know the Gold audience will be looking forward to their further adventures, as imagined by two of our most original comic minds, Alex Finch and Martin Collins.”